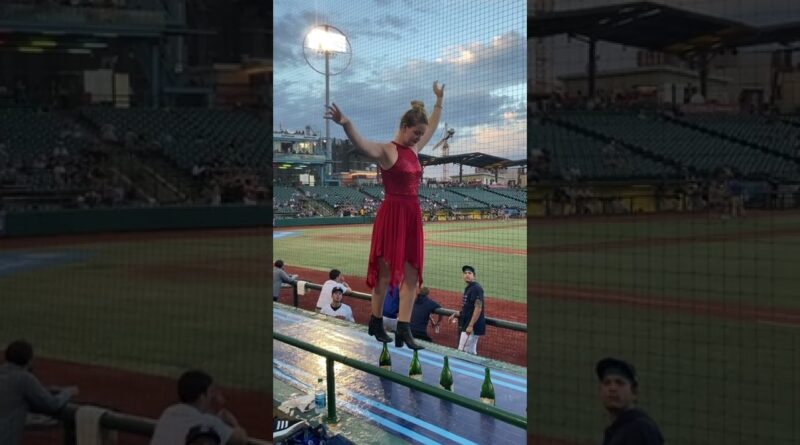 Performer Stuns Crowd by Walking Across Wine Bottles
A Coney Island sideshow performer caught the attention of minor league baseball fans and players alike at a game in Brooklyn on August 18, when she walked across the tops of wine bottles set up over a dugout.
Video recorded by Kayla Harmon shows circus variety performer Brianna Kalisch walking across the tops of five wine bottles. In the footage, a nearby baseball player can be seen turning toward the acrobat and looking stunned.
“Look at that balance,” the stadium commentator can be heard exclaiming over the loudspeaker. “Amazing!”
Kalisch’s performance was captured as the Brooklyn Cyclones were playing the Hudson Valley Renegades in Brooklyn’s Maimonides Park.
Kalisch told Storyful that she had been working alongside the Cyclones throughout their season, performing various feats during inning breaks and up and down the concourse.
“This was the first time I bottle-walked on the dugout during a game,” Kalisch said.
Credit: Brianna Kalisch via Storyful
————————–
To purchase Storyful licensed videos for media use visit: http://video.storyful.com